Aftermath of the Stockholm terrorist attack

As you have undeniably heard on Friday April 7th at 14:53 Stockholm was struck by a horrible terrorist attack. A man hijacked an idle lorry and drove it down the popular pedestrian shopping street, Drottninggatan, killing four people and injuring 15 others before crashing into the Åhlens department store.

The perpetrator was able to flee the scene of the crime and was apprehended later that evening in Märsta, a suburb of Stockholm. He has since been identified as Rakhmat Akilov, 39 year old father of four from Uzbekistan. Akilov had applied for and been denied asylum in Sweden. He was meant to be sent out of the country but had gone underground into hiding.

On Saturday, I was sent to cover the scene. Take pictures of as much of the scene as was accessible. Document any vigils along with people paying their respects. Also document any politicians that arrived on the scene to pay their respect. Unfortunately when I arrived I just missed the crown Princess Victoria and her husband Prince Daniel. I spent the majority of the day in front of Åhlens and was there when Prime Minister Stefan Löfven, Foreign Minister Margot Wallström, and a handful of others came by to pay their respect.

On Sunday I was once again sent to the scene of the attack. The area of the attack had been cleared up and was again open to public. There was also planned peace manifestation early in the afternoon to honor and remember the victims. When I arrived there was already a lot of people. With huge crowds outside of the Åhlens department store where the truck crashed. The stairs of Sergelstorg (Sergels square) were completely covered in flowers and candles.

I walked around for a while taking pictures and then ducked into Kulturhuset, which is adjacent to Sergelstorg, to edit and submit pictures to the agency. As I was uploading pictures I noticed my internet connection, which was coming from my mobile, was becoming incredibly slow. I immediately realized that could only mean one thing … that there was thousands of people outside. I packed things up and went outside and got back to work.

Finally today I went to a district court where Rakhmat Akilov appeared before a judge for the first time. Photographers were not allowed into the court room but had to wait outside. After the hearing the defense attorney Johan Eriksson and prosecutor Hans Ihrman gave press conferences. Pictured below is defense attorney Johan Eriksson as he answered questions from the press.

Find this post useful, enjoy checking out my photo journal? Use the donate button to send some love and buy me a beer.
Previous Post« Professional Mac users breathe a sigh of relief Next PostA little bit of snow and smoke »

Last week I photographed the official portraits of the Swedish team for UEFA Euro 2021.

I think most people had their eyes on the Champions League final last night but there was also a friendly match between Sweden and Finnland at Friends Arena. 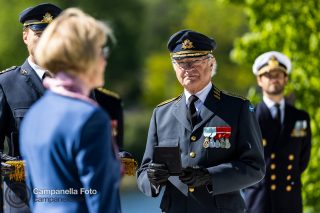 Started the day yesterday photographing a ceremony for Veterans Day that was attended by Sweden’s King Carl XVI Gustaf and Prince Carl Philip.