This is the hundred and first post on my site. A meager milestone considering the site is almost five years old. None the less I felt it was worth mentioning, hopefully I will start to pick up the pace and it won’t take another 5 years to reach two hundred.

In the last week I’ve been playing around a lot with the code of the site and have tried to do a bit of house cleaning. Like I already mentioned the site if almost 5 years old and in that time I’ve added (and subtracted) a lot to the code. So it’s a good practice to go through things and try and put things in order and see what can be improved.

One thing I wanted to do was to drop some of the plugins that run behind the scenes in WordPress. I’ve always felt that WordPress has made some what of a mistake in letting too many of it’s shortcomings be solved via plugins. With a bit of work I was able to kill off 6 plugins and maintain whatever functionality they provided.

The only feature I sacrificed is the ability to leave comments. You can no longer leave comments on this website. It’s a decision that really has nothing to do with my desire to remove plugins, even though it allowed me to delete 3 plugins. Rather it’s an idea I had been toying with for some time and I decided to finally pull the trigger. People don’t really leave comments on most posts. I had accumulated a ton of comments on some of my Aperture articles, but that’s about it. So I don’t think removing them is a big loss. If someone wants to reply they can do it via Twitter. Not having the comments there, aside from making the page look better, also feel a little liberating and might push me to write and post more stuff.

Aside from removing comments I made the entire website about 100 pixels wider, which means bigger pictures in the posts. I then started preparing some graphical items to be retina ready. For example, the website’s logo is now a retina version. I opted to just force the bigger version on everyone, bandwidth be damned. In the future I want to get the background pattern and all the little icons updated to retina versions. Actual pictures I leave be for the time being, my opinion is that on retina screen it’s the smaller graphical items that suffer the most and look ugly when you are zoomed in. To try and upgrade the pictures in the portfolio or blog is a big headache that I don’t need.

So that’s that. This weekend I will be photographing the final football derby at Råsunda stadium. With both Djurgården and AIK moving into new arenas next year this derby should be pretty special. Both teams are going into the match in good form and coming off of wins. Djurgården, who started the season out pretty rough have managed to turn things around and are seven points behind AIK. Then next week I will be covering Djurgården hockey, who is now playing in the second division, as they meet Södertälje. I guess that makes it a derby in as well.

Find this post useful, enjoy checking out my photo journal? Use the donate button to send some love and buy me a beer.
Previous Post« Quick Tip: Primary Only in Aperture Next PostA.C. Azzurri 1971 »

How to make image & gallery blocks in the WordPress Gutenberg block editor default to using a wide alignment. 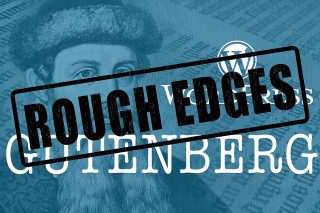 I like the Gutenberg post editor in WordPress but man does it have some rough edges. Plenty of bugs and glitches to drive you crazy.

If you are at all plugged into the WordPress community then you have probably heard of Gutenberg by now. If not then this post is a great introduction.