Another week goes by. I’m still on paternity leave and I’m starting to get a bit of cabin fever and really itching to go back to work. Having said that, dive into the best links from this second week of 2019.

Photographer Daniel Norton puts to the test his statement that the Octagon softbox is the best single modifier for portraits with a great video on YouTube where he goes through a couple of different setups.

Subscribing to his YouTube channel is not a bad idea.

A stock photo can still have EXTREME CASH value

Back in December before the holidays, there was a story that made the rounds on popular photography websites about a photographer who put some of his work Shutterstock only to eventually discovered that Walmart had purchased it for next to nothing and was using it on all types of merchandise.

This article is sort of a follow up on that story. It does a deep dive into the current state of the stock photography market showing the pitfalls and some of the things people need to consider when licensing their images to an agency.

The Rise and Demise of RSS

Motherboard writes about the rise and fall of RSS on the net. I’ve used RSS feeds since I first heard of them. I think it was back with the introduction of Mac OS-X Tiger. The version of Safari that came bundled with Tiger included support for RSS feeds and that is probably when I started using them. From there eventually passing on to a dedicated RSS feed app like Net News Wire.

Today I am still very much following and using RSS feeds. I use Reeder which works across all of Apple’s devices and syncs with a Feedly account where I subscribe to the various feeds I want to follow.

While the articles premise that walled off silos like Facebook and Twitter have marginalized RSS is true. I do find that it is just much better to follow a feed rather than following a site on Facebook or Twitter where it is going to get drowned out in all the other noise.

So for me RSS is alive and well, how about you?

Liberty in Paris and Kim in China: Thursday’s top photos

Thursday’s top photos as brought to you by The Guardian.

A new photo agency in Sweden. We will have to follow how this develops closely.

That’s it for this week. Enjoy the weekend everyone and see you in a week.

Find this post useful, enjoy checking out my photo journal? Use the donate button to send some love and buy me a beer.
Previous Post« Links #1 Next PostLinks #3 » 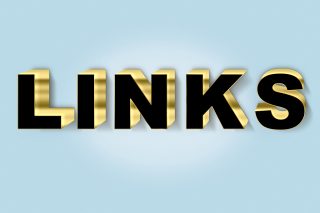