Back with some links for week 5 of 2019. This week I again took a break from my paternity leave to cover the Guldbaggen awards gala on Monday evening. The Guldbaggen is the Swedish equivalent to the Academy Awards. Aside from I did not pick up a camera the rest of the week.

The old adage that the best camera is the camera you have with you is very true. Nowadays everyone has a camera with them in the form of a smartphone. Which spells doom for Canon, Nikon, and others.

Canon says sales have been declining by 10% year over year for the past couple of years. They also say sales of mirrorless cameras are only replacing that of DSLRs rather than creating new sales.

Speaking of falling camera sales there are those out there shooting movies for Netflix on iPhones.

Canon Drops Photographer for Not Having Enough Followers: Time to Up Your Instagram Game?

I found this story especially disturbing. I’ve been on an anti-social media kick as of late. I feel like these companies are too invasive in our private lives, to harmful to the fabric of society, and held completely unaccountable by any government or regulating body. A nice break away from Facebook and all the properties they own would do us all so good.

And yet … stories like this make it more clear than ever just how inescapable this social media really is.

This one is pretty self-explanatory, the best shots on Flickr from 2018.

Here Are the Wildest Photos of the Polar Vortex Rocking Chicago

Guess it’s only right to close out the week with some pictures from the Polar Vortex which is currently havoc in North America.

One bonus link for this week because this one is just too good to pass up on.

That’s all for this week. 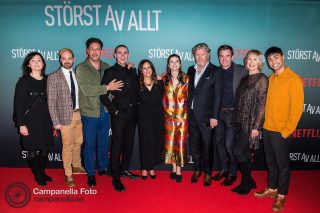