I was fortunate enough to join Sony representatives and a bunch of other professional photographers from around Europe in Tenerife to experience the Sony Alpha 9 camera with the new 5.0 firmware along with Sony’s new 400mm f2.8 telephoto lens.

We arrived on Thursday evening and each of us got a Sony Alpha 9 camera along with a 24-70mm lens that we could carry around during the trip and get familiar with. We then attended a quick introduction into the Sony a9 where a Sony representative went over a lot of the technical specs of the camera, before explaining the various functions of the camera so that we could familiarize ourselves with it.

The following day we went out to the Tenerife Top Training facility to put the cameras to use and see how we liked them. There were several activities going on at the facility that we could photograph. Swimmers training in the pools, team practicing, runners jumping hurdles, and athletes doing cross fit training.

The Sony a9 is an absolute monster of a camera. It shots a ridiculous 20 frames per second. Stop and think about that for a second. 20 frames per second, we are almost at the point where we are shooting video and pulling frames out of it. 20 FPS is crazy. Honestly, it’s probably more than you need in most circumstances. However, if you find yourself about to photograph that moment that makes or breaks an event I bet you are going to want to have the camera on 20 FPS and increase your chances of nailing the decisive moment.

Aside from being able to shoot a ridiculous amount of frames per second the a9 has one of the best autofocus systems that I have used. I think just from my experience with it in Tenerife that I can say it is a generation better than what Canon is offering on their current flagship sports camera and it is likely a generation better than whatever Canon has coming out before next year’s Olympic Games. The autofocus tracking alone is very impressive, it locks on quickly and it remains on the subject. With my 1D Mark II when it is shooting and tracking a longer sequence where a player is running either towards me or down the pitch, there is always that frame or two where the focus hops slightly. With the Sony that did not happen once it locked on it stayed on. Even when shooting at the pool and the swimmers would go under water the focus tracking always remained in the correct area, it never jumped and searched the entire focal length.

That alone is very impressive, but it gets better.

The Sony a9 also has an intelligent or AI tracking that can be turned on and here things get really fun. AI tracking can be used in a number of different configurations. You can have it scan an entire frame and it will lock on to a face and follow it. You can have it scan regions of the frame like the center, and you can also set it to scan from individual selected focus points. That is the option that most mirrors how I shot today. You have an active focus point that you move around with the joystick and the AI tracking begins tracking off of it. However, once it is locked into a subject even if that subject has moved off the point it remains locked on them and they are tracked. The tracking is intelligent and not disturbed by obstructions. Players can run behind other players and it will not lose them. It really is amazing and it impressed everyone that was there.

Sony had one demo set up where they had a camera mounted on a tripod and aiming down the center lane of a running track with the focus point set on the first hurdle. The camera was fired remotely by a laptop. With the AI tracking as a runner hit the first hurdle the camera would lock on him and follow him until he ran out of frame.

There is a lot more that can be said about the auto focus system, but it is beyond the scope of this write up. I will just mention one more feature which I did not get to test but wish I had. You can register a face in the focus tracking settings. So you take a picture of a person and register it, then you can set the camera in a mode where the auto focus is actively tracking and looking for the face of that person. Just think for second all those times when you are in a sea of photographers and you put your camera as high into the air as you can and hold down the focus button and pray for the best. With the Sony a9, if you registered the subjects face you can hold your camera up high with the confidence that the AI tracking will go where you need it to and lock on to your subject.

Sony right now is in a position of power and they know it. They are in the market with a product that is a generation ahead of their competitors. Plus they know that both Canon and Nikon’s mirrorless offerings will use a new lens mount which means all the lenses you own are essentially obsolete. It’s the dirty little secret that no one wants to admit. Sure you can use a converter, but the truth is that a converter is just a to ease the pain of .

With that in mind Sony sees this as a moment to really push into the market and attempt to court professional photographers. The Sony a9 is two years old and will be on firmware version 5.0 when the update we tested gets released. Plus they are already working on a 6.0 firmware which will add animal detection to their AI tracking system and some other new features.

This is a company that is not sitting still. During our time with Sony they continuously encouraged us to give feedback. Engineers actually flew in from Japan just to take our feedback. What don’t you like? What is to slow? What lens do you need that we do not have? What can be better?

Seeing their commitment to winning the pro market and the hearts professional photographers has really made me a believer. I’ve thinking about how I will eventually move my kit to mirrorless since late last summer. Before I assumed I would just continue with Canon now I have to wonder and seriously consider if that really is the best option.

I just want to say thanks to all the people from Sony for having us down there and being such generous hosts. Aside from trying their fantastic equipment, it was a great opportunity to meet other photographers and get better acquainted with some of my Swedish colleagues.

All of these pictures were shot with the Sony a9 running the 5.0 firmware, which should be released in the near future. I should add that the Sony 400mm f2.8 was awesome. Super sharp and insanely light. You can easily hand hold it.

Find this post useful, enjoy checking out my photo journal? Use the donate button to send some love and buy me a beer.
Previous Post« Dave Matthews Band in Stockholm Next PostRed Carpet for Netflix » 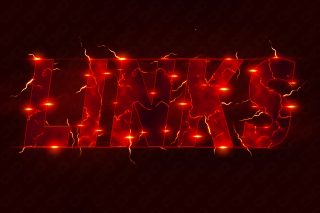 Back with some links from the fourth week of 2019. Aerial photography from Hong Kong, Camera RAW tips, Sony’s new auto focus, and more. 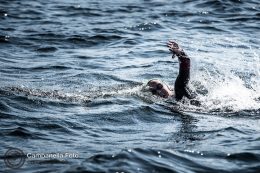