Today I flew down to Milano as I will be covering the UEFA Champions League final on Saturday when Real Madrid meets Club Atletico de Madrid at the Stadio Giuseppe Meazza.

I got into town fairly early and decided to make my way to the stadium and pick up my accreditation, so I can skip the long queues tomorrow.

What a sensation stating underneath this stadium.

The Giuseppe Meazza, commonly referred to as San Siro, is Italy’s largest stadium. It has a capacity of over 81,000 which makes it the 7th largest stadium in Europe. The stadium was constructed in 1925 at the behest of then AC Milan president Piero Pirelli. When it was originally inaugurated it was called the Nuovo Stadio Calcistico San Siro (San Siro New Football Stadium). In 1980 the stadium was renamed to Giuseppe Meazza.

The stadium hosted 6 games during the 1990 World Cup. It has hosted three European Cup finals, and will now be host to the 2016 Champions League final.

I didn’t get to go in this afternoon, but tomorrow evening I will cover the training sessions for both Real Madrid and Atletico, which should give me time to get some shots of the interior.

Find this post useful, enjoy checking out my photo journal? Use the donate button to send some love and buy me a beer.
Previous Post« Djurgården gets back to winning Next PostFinal Training Session »

Last week I photographed the official portraits of the Swedish team for UEFA Euro 2021. 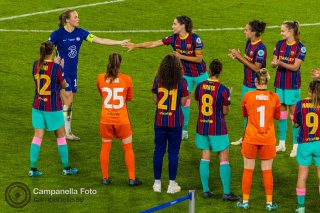 Had the opportunity to work for Chelsea FC and photograph the UEFA Women’s Champions League Final 2021 as one of their team photographers. 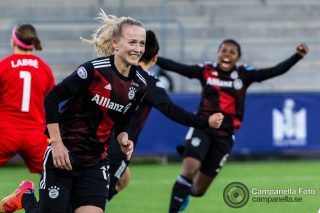 Bayern Munich through to the semi-finals

I was back in Malmö yesterday to photograph the Women’s Champions League match between Rosegård FC and Bayern Munich.