It’s been a while I know. Unfortunately between work and a new born there hasn’t been much time for blogging on this site. The honor of the first new post in what feels like forever, falls to the Bandy final between Sandvikens AIK and Västerås SK. Bandy, for those who do not know is like a cross of ice hockey and football. Teams of eleven play 45 minute halves on a rink the same size of football pitch. A ball is used instead of a puck.

In my opinion yesterday’s final was dominated by Sandvikens AIK, even though they did risk letting Västerås tie the match in the dying minutes of the game. The only other thing I have to add is that I was a little irritated with the prize ceremony after the match. It seems like no thought was put into it. Prince Daniel Westling, who was on hand to hand medals to the winning players, was placed with his back to all the photographers. Then as the team lifted the trophy, him and several other men stood right in front of the players. It’s hard to believe that so little thought went into that portion of the event.

These images and more available via Pic-Agency.

Find this post useful, enjoy checking out my photo journal? Use the donate button to send some love and buy me a beer.
Previous Post« The year that went Next PostDream Bigger »

I think most people had their eyes on the Champions League final last night but there was also a friendly match between Sweden and Finnland at Friends Arena. 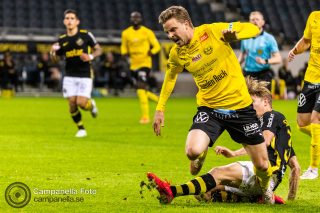 Quite a disappointment when AIK met Mjällby at Friends Arena yesterday. 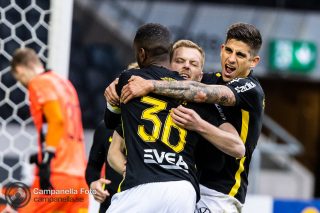 A penalty converted by Sebastian Larsson was enough to see AIK pick up three points against Elfsborg yesterday.