As my trip to Japan started to take shape and look more and more like a reality there was one place I just knew I wanted to see. That place is the Tsukiji Fish Market in Tokyo. The Tsukiji Fish Market is the biggest wholesale fish and seafood market in the world. It handles more that 700,000 metric tons of seafood every year. Distributing everything from cheap seaweed, to caviar, tuna, and whale.

Our first hotel in Tokyo, which was in the Ginza district, was selected with the Tsukiji Fish Market in mind and put us within walking distance. I arrived in Tokyo on Saturday the 4th of May. The next two days were holidays in Japan and the market was closed. So our first trip to the market came early Tuesday morning.

The market is comprised of 3 areas. There is an outer area where there are various restaurants and street vendors. Then there is an area where they do the Tuna auctions every morning. Finally there is the inner market area, which is only open to the public after 8:00 in the morning when the heaviest action has died down.

Having missed the Tuna auction we spend an hour or so wandering the outer area before ducking into a small restaurant to have a breakfast of rice and tuna. There is plenty to see in this outer area. Lot’s of stalls sell Japanese delicacies like whale. If you are the courageous type you can even try some deep fried whale cakes. You can see tons of workers handling live fish and stocking their shelves. You can even glimpse some of the fish that is being auctioned off in the other area being driven to the retailer in the market who purchased it.

After our initial trip to Tsukiji I realized that we had missed the main attraction. The inner market area that is off limits to visitors until after 8:00 in the morning. We had approached the inner market area but were briskly turned away by a guard. His English was and bad as our Japanese and therefore it was not understood that you could enter the area after eight. It was only in the evening in our hotel room, while looking at a map Tsukiji that I realized there was more to see. A second outing to the market was promptly planned.

Making a second trip to Tsukiji was a really smart decision, on the second trip I discovered that I had only scratched the surface of the market and hadn’t seen any of the best parts. The inner area of the market is a huge cavernous structure, filled with small alleyways and nothing but vendor after vendor. It goes on and on, and if you want to explore it completely you could easily spend a couple of hours wandering about.

Wandering around the inner market you get a really intimate experience of how it is to work in Tsukiji. A great deal of workers will go about things as if you are not even there, other will even stop to chat, pose for pictures, or put items of food on display for you to photograph.

As you make your way through the alleys you see just about any seafood item imaginable on sale. From Sea Urchin, to whale, to octopus, to whole fish in various sizes. You see customers making orders. Runners loading carts with orders and driving them out to the loading area. You see tons of workers sitting in small stalls keeping track of orders and purchases.

The inner market at Tsukiji is almost like a small little city, with each alley brining something new and interesting. The worker pictured above was mechanical in his work as he would take live fish, kill them, and hang them on wire where they could be exmined and purchased. Other workers would be more slow and methodical, like the man bellow who was finely filleting some fish for smaller packages.

I really enjoyed visiting Tsukiji Fish Market and I really recommend make a stop when traveling to Japan. There is a lot of criticism towards Japanese fishing practices, but fishing is a part of Japan and a part of the Japanese people. It’s woven into their history and into their culture.

Freelance photographer and photojournalist focusing on sports, news, & entertainment. Available for assignment in Scandinavia and Europe.
Previous Post« The new Flickr Next PostNow with bigger images » 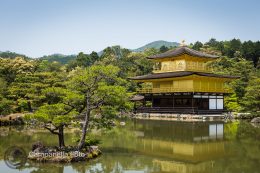 Tokyo from the Sky

A post featuring pictures taken from some of Tokyo’s tallest Skyscrapers.

A black & white portrait of an elderly Japanese man taken on the streets of Shinjuku in Tokyo on the final day of my trip to Japan.