The UFC, in what is becoming an annual tradition, hosted a card this past weekend at the Ericsson Globe in here in Stockholm. I’ve been very fortunate to have had the opportunity to work for the UFC on several occasions this year, covering media events here in Stockholm ahead of several other cards.

In preparation for the Stockholm card I even got to the opportunity to take main event fighter Gunnar Nelson into a studio to shoot portraits that were used for artwork in all the promotional material.

Saturday evening should have been the confirmation for the Swedish MMA scene. It was a card filled with Swedish fighters. Even the main event featured Gunnar Nelson, a fighter who while not from Sweden was welcomed as if he was one of their own. Ultimately the night was not with the local talent and home field advantage was not enough to conquer the Octagon. Out of 7 bouts featuring Swedes only 2 came out victorious, and those fights were on the preliminary card. Both Niklas Backström and Ilir Litifi lost their perspective fights.

The main event between Gunnar Nelson and Rick Story proved to be another upset. While both men had their moments in the end Rick “The Horror” Story came out on top through a split decision and ended Nelson’s unbeaten streak.

Find this post useful, enjoy checking out my photo journal? Use the donate button to send some love and buy me a beer.
Previous Post« The Battle of Oslo Next PostPromotion » 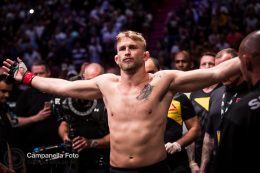 The Mauler back in action with the UFC

The UFC returned to Stockholm as Alexander “The Mauler” Gustafsson faced off with Glover Teixeira at the Ericsson Globe Arena on May 28, 2017 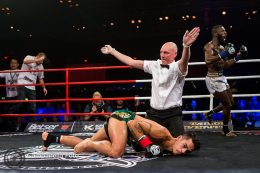 3 frames from the Rumble of the Kings

3 frames from the shock knockout in the main event of the 2016 Rumble of the Kings held at Annexet on November 18, 2016 in Stockholm, Sweden. 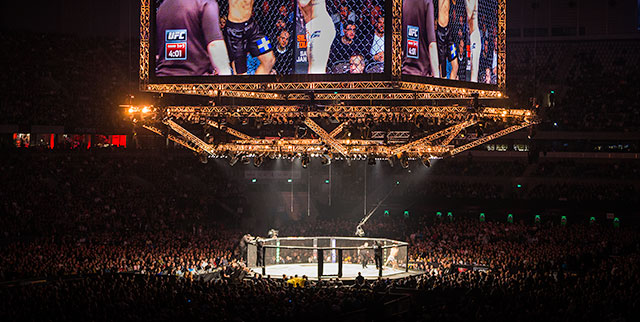