It’s been a long long weekend working the ITU World Triathlon Series here in Stockholm. This was my first time covering a triathlon and it was a pretty awesome assignment. I had a colleague from Getty in Spain come up to Stockholm and work the event with me. Together we got to ensure that we provided comprehensive coverage of the event.

The Triathlon was spread out over the course of two days. On the first day there are two separate races one for men and one for women both in elite/professional level. On the second day it was open to all athletes with various men’s and women’s races starting continuously throughout the morning.

The organization gave us a lot of access, we had a boat to cover the opening of the race and swimming portion and then we had a motorcycle to cover the bicycling portion of the race. We decided to split things up with me starting on the boat in the morning with the women’s race and my colleague on the motorcycle. Then for the men’s race in the afternoon we flipped it around.

Working from the boat was a quite a challenge. I had opted to not bring my 400mm because I did not think I would use it for the entire race and it felt like a burden carrying it around such a large course. Maybe it would have been nice to have it on the boat. Could have gotten certain frames without cropping so much. But I think ultimately it worked out anyway.

With the motorcycle I knew what to expected having worked with one in the past when covering the Velothon race. The hardest part is making sure you and the driver have a good understanding. Often you might want the driver to hold a certain speed and he will speed up. So it’s important to continuously dialogue with the driver so you start building an understanding of what you are looking for in various scenarios during the race.

All in all I give a big thumbs up to the World Triathlon Series. I really hope I can do it again next year. This week I got a lot going on, I did a quick assignment covering Princess Victoria this afternoon. I’m back covering her again tomorrow evening, and then I close out week covering Fashion Week Stockholm. Guess summer vacation is over.

Find this post useful, enjoy checking out my photo journal? Use the donate button to send some love and buy me a beer.
Previous Post« Engvall leads Djurgården to win against Halmstad Next PostFashion Week Stockholm S/S 2018 » 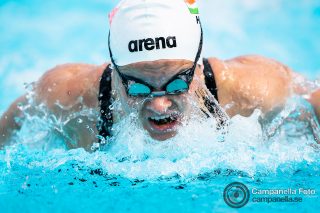 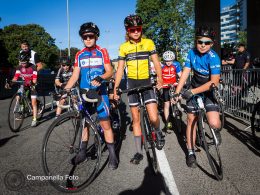 Some pictures from my assignment covering the Velothon Stockholm cycling race on September 10th and 11th 2016.